►Service Areas: ALL of New Jersey and Pennsylvania

Clients choose Magnum Investigations because they say that we “just get it”; we not only understand Domestic Investigations but, more importantly, we understand the emotions the clients are dealing with, and we know how to build a customized strategy that will yield the highest degree of successful results.  We are not actors and don’t try to convince you we are good by advertising various TV shows we have been on; we are not authors and don’t try to convince you how good we are by selling and advertising books. On the other hand, we are a true Investigative Agency in NJ and PA with a reputation of having success in handling difficult assignments; our agency only employs the most elite of investigators who are seasoned and skilled and quite frankly are the best in the business.

Research it yourself… you will soon learn that we are a Licensed agency in New Jersey and Pennsylvania that solely Specializes in difficult Domestic Investigations, including Child Custody Investigations, Cheating Spouse Investigations, and Alimony (co-habitation) Investigations. Whether you are a Private Citizen or a Family Law Attorney… Magnum Investigations is Your Information Solution!

Magnum Investigations is licensed in New Jersey and Pennsylvania; this agency Specializes in Video Surveillance as it pertains to Cheating Investigations, Child Custody Investigations, and Alimony Investigations.  This agency does not get caught, and your partner will have no idea that s/he was ever being followed; this is very important because you don’t want to cause any more damage and/or waste your money.  Magnum does not sub-contract your case to another company; rather, they handle every single case in the house.  Many competitors often sub-contract your case to another company if they happen to have two investigations on the same day.   Video Surveillance is very difficult, and most companies get caught, thus causing irreparable damage.  Magnum will definitely cost more than other companies because they utilize a team of investigators and video surveillance specialists.  As with any profession (i.e., medical, educational, etc.), specialists always cost a bit more. In return, you receive better care and services based on unparalleled experience and knowledge and better equipment and tactics.  Magnum will video/photo document your partner’s or ex’s activities without s/he knowing.  The images will have a date and time stamp and will be certified.  Magnum Investigations, LLC covers all of New Jersey and Pennsylvania. Because they are licensed, the investigative package (reports, pictures, and/or video) is admissible in court, meaning you can use it. 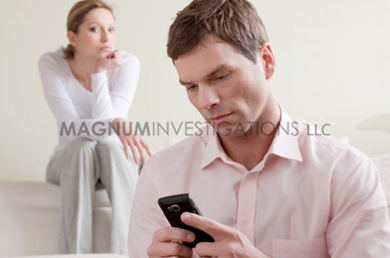 Cheating Investigations don’t typically take much time.  Statistics show that if you suspect that your partner is cheating, then s/he probably is.  You need to listen to your instincts; if you have a gut-feeling that s/he is cheating, you need to listen to your intuition.  Approximately half of the cheaters leave few, if any, warning signs.  Often the person they are cheating with coaches them in how to be careful in getting caught.  So, in reality, you are not dealing with the person you think you know.  Cheaters are always paranoid about getting caught and continually take precautionary measures to avoid detection and correct mistakes that you may have pointed out.  The only thing that will end the lies and provide you with the closure you need is a video and/or photographic proof.  Only a skilled investigator can capture video/photo proof without your partner detecting the investigator.  Never try to take matters into your own hands or have a friend or relative attempt to follow your partner.  Surveillance is a fine art and much more difficult than most people imagine.  Following too close will result in detection, and following too loosely will lose observation of your partner.  If an investigator gets caught, it will be the worst thing that could ever happen to you.  Not only will you be out a whole lot of money, but you will have caused irreparable damage to your relationship, which would be terrible, especially if your partner wasn’t even cheating, to begin with.  There are no re-dos; if an investigator gets caught, your spouse will forever take precautionary measures to counter any investigator's likelihood following him/her.  In other words, you will never learn and unveil the truth.  You only get one shot at this, so make sure it’s done right.  Magnum Investigations has provided services for more than 19-years and specializes in video surveillance; it's all they do.  Video proof will help you immensely by exposing the truth, and as a result, you will be able to decide on what to do next without second-guessing your decision. 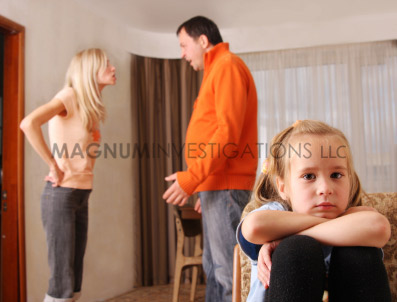 Child Custody Investigations are much more complex than Cheating investigations but not nearly as complex as Alimony/Cohabitation Investigations. Suppose you have children; when you and your partner break-up, one of you will be deemed by the Family Court as the Primary Residential Custodian.  The other parent will usually have unsupervised visitation of the children and normally be obligated to pay the primary custodian child support.  Often the Primary Custodian is not the better fit.  If you believe you are the better fit as the Primary Custodian, then it's your responsibility to prove why.  Maybe your ex is living a lifestyle that is not conducive to having primary custody because s/he is living a lifestyle that is not conducive to such.  If you believe he is engaging in irresponsible, immature, unethical, and/or illegal activity, then a Child Custody Surveillance will be valuable.  Maybe your ex is not spending quality time with the children and instead permitting others to care for them.  Maybe your ex is a partier and possibly drinking and driving.  Maybe your ex has wrong priorities; s/he could prioritize his/her new relationship (girlfriend/boyfriend) over the relationship s/he has with the child; in other words, maybe s/he is putting his/her girlfriend/boyfriend ahead of the children.  Maybe on the extreme example, s/he is engaging in drug abuse.  Regardless of the lifestyle issue, it needs to be proven. Magnum Investigations deploys a team of investigators who work together simultaneously but from separate vehicles.  This ensures the maximum success of obtaining video documentation of the activity without your ex ever realizing s/he was under surveillance.  These cases are NOT won via an attorney; rather, they are won by the investigative proof that a seasoned investigation agency obtains.  Attorneys are a big waste of money, and at the end of it, the outcome will be no different than had you represented yourself.  Supervised Visitation is just that, it's when your ex has visitation, and it's supposed to be supervised.  Often, the supervisor will be present at the transfer; however, shortly thereafter, the supervisor will either leave, or your ex will leave.  It’s a big sacrifice for a supervisor to stay the entire time, and therefore the supervisor will usually leave the residence, and then your ex is alone with the child.  Sometimes, the ex will leave the child alone with the supervisor, so s/he can engage in their own personal interests instead of spending quality time with the child.  In either scenario, it’s a violation of the court order, and s/he can be held in contempt, usually resulting in a revocation of visitation.  Of course, the supervisor will return shortly before the next transfer providing the illusion that s/he was there the entire time.  The only way to prove these violations is via a licensed investigation agency with the skillset, the workforce, the equipment, vehicles, and experience. 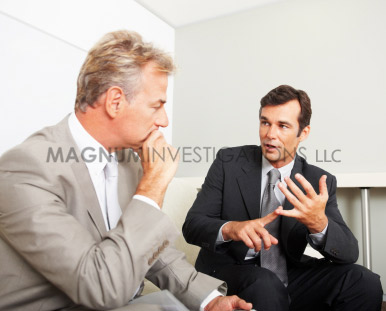 Alimony/cohabitation investigations are by far the most complicated and complex investigations there are.  Unlike a cheating investigation where once you document a kiss and you are done, these cases take a great deal of time because of what’s at stake.  Essentially you are requesting that a Judge revoke or reduce your Alimony obligation. For that reason, the Judge needs to be certain that the proofs are compelling to constitute cohabitation. These cases are costly and primarily because of how much time is needed.  You have to expect that once your ex learns that you are fighting to have the Alimony revoked, s/he will hire a lawyer, and that lawyer will fight hard to refute your claim.  Magnum recommends that if you can’t recoup the investigative costs in a year’s saving of not paying Alimony, then it's not worth hiring an investigation agency.  If you only have a year or two left of Alimony, it may not be worth it.  However, if you have three years or more, or the rare Permanent Alimony, then it’s a no brainer; you hire an investigation agency.  Violators almost always have a false sense of security in thinking if you ever make an issue, s/he and his/her new girlfriend/boyfriend can prove that they have their own separate residences.  That sense of security is the furthest from the truth.  In almost every case that Magnum Investigations handles, the ex and the new partner have separate residences. However, Magnum still has 92% success in having the client’s Alimony obligation revoked or reduced.  If you suspect that your ex is possibly spending most nights with the new partner (some nights at one house and some nights at the other house or most nights at one location), do not delay contacting Magnum Investigations for a free, confidential consultation.  Do not tell anyone, including your friends, neighbors, or attorney, that you are looking into your suspicions because if it leaks back to your ex, then you will never be able to document it.  You only get one shot at this, so you need to make it count.  If one little thing goes wrong, you will not only have lost your only chance of prevailing, but you will also have wasted a whole lot of money.  If you prevail, this can be a life-changer; our clients end up saving tens upon tens of thousands of dollars over time.  Therefore, you need to keep your mouth shut and hire the best in the business.